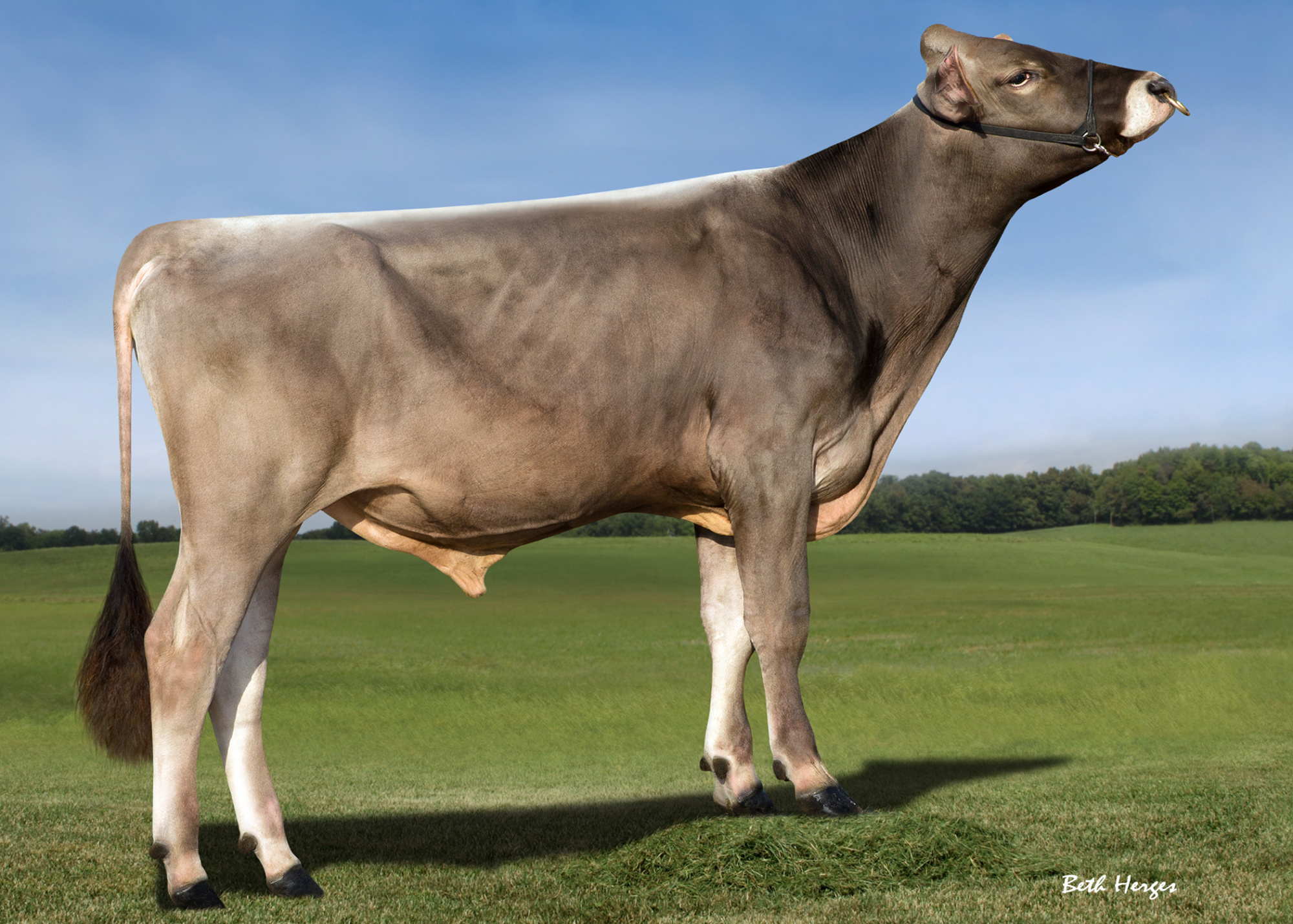 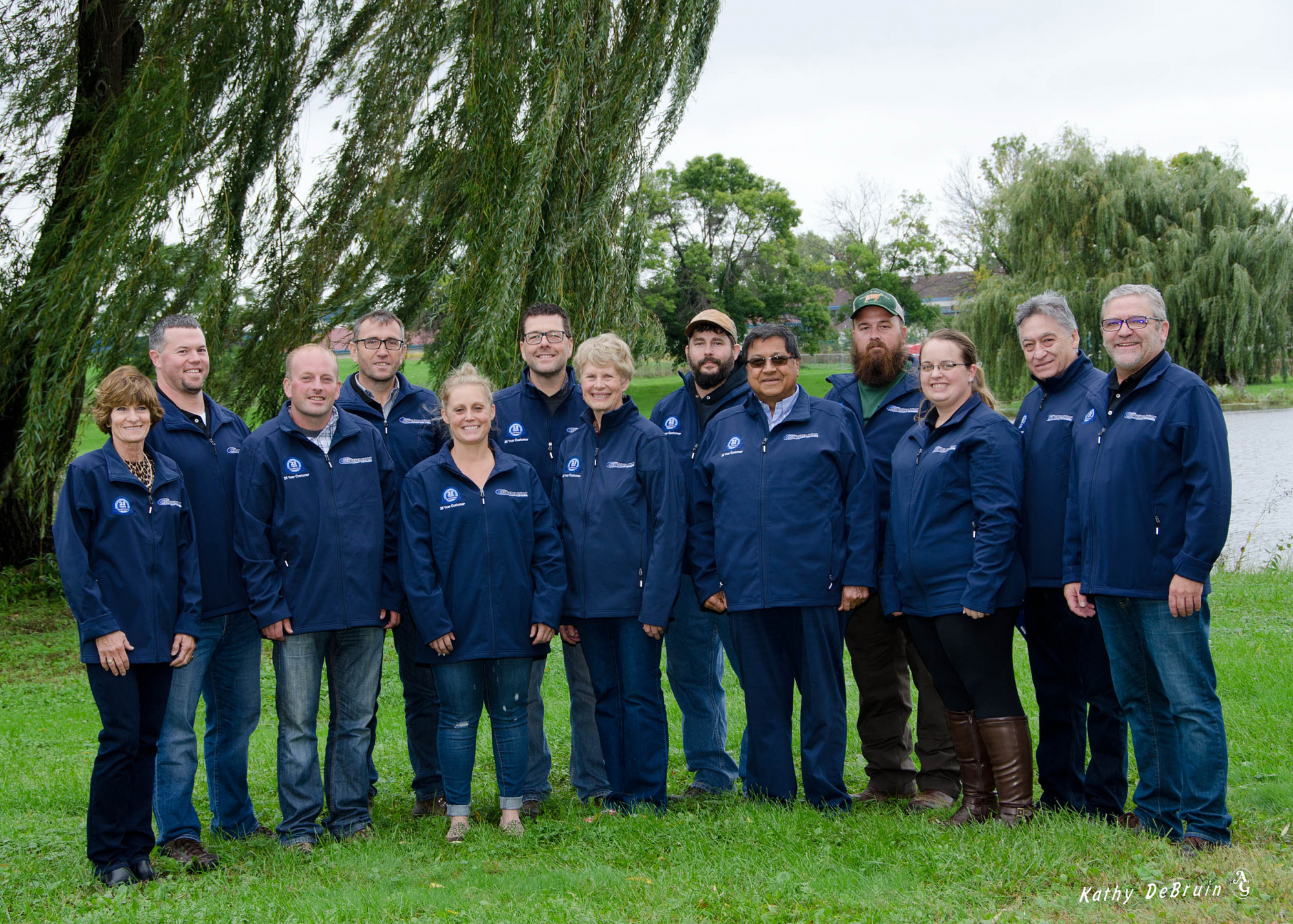 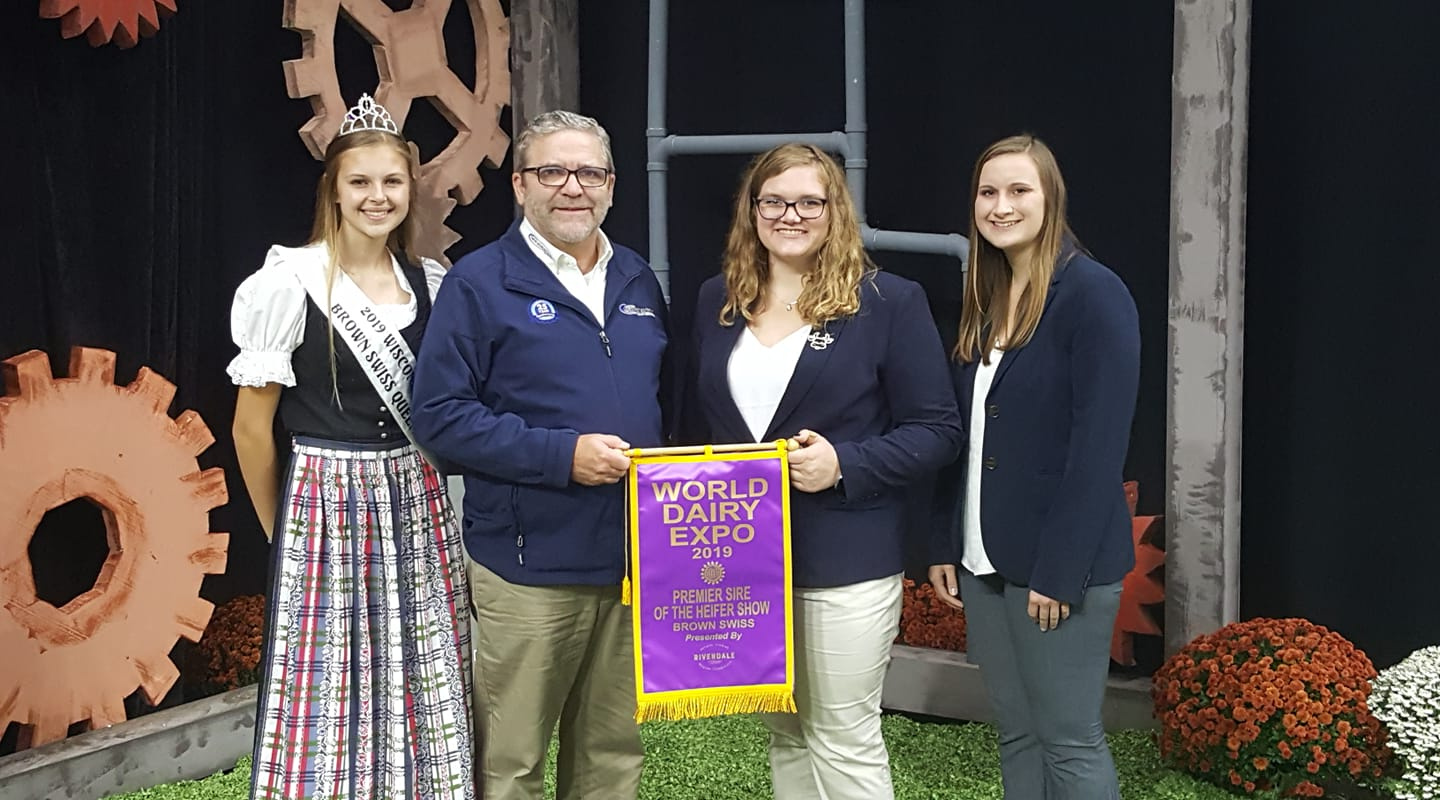 For more information go to: https://www.facebook.com/WorldBrownSwissConference2020

Troester-Wilson to Pursue a New Opportunity

To Customers, Clients and Friends of New Generation Genetics:

It is with deep sadness that we announce Anna "Troester" Wilson will be leaving New Generation Genetics as of January 3, 2020. She has decided to pursue a new opportunity closer to her home in Iowa. Even though she is pursuing a new career, she will still be in the Brown Swiss business as her family owns some Brown Swiss and they hope to show this upcoming year. She will be leaving New Generation with a wealth of knowledge and friendships. Anna hopes to see all of you in the future and thanks all of you for your support of her career at New Generation Genetics. We want to wish her the best of luck.
Please use the info@brownswiss.com email or call 920-568-0554 if you have any questions. Thank you!

NGG is the Best in Brown Swiss after December 2019 Proof Run!

NGG is very excited to celebrate our 25th Anniversary of being "the Best in Brown Swiss" with another competition crushing proof run with the release of the December 2019 Sire Summary.

54BS557 GET LUCKY- Never has the breed seen a bull like 54BS557 GET LUCKY!  Already the #1 milk bull in the breed, he has jumped over 400 pounds to outpace all others by a huge margin.  This makes him the only bull in history ever to reach over 2,500 milk proven! Moreover, he improved again for both type and udder composite!  Something that rarely go together!  If you are looking for a bull that sires loads and loads of production AND booming rear udders, look no further.

54BS5588 DAREDEVIL now stands alone after tripling his daughters in his proof as the new #1 proven Type bull at +1.4! He is #5 for udder composite at +1.46 and is showing that elite udder genomics and potential at every farm. Daredevil has seen daughters place high both in the heifer and cows classes this year as well.
54BS554 DARIO is #1 bull for PPR by jumping nearly 50 PPR and he jumped 350 pounds milk 10 pounds fat and an impressive 12 pounds of protein!  He ranks easily as the #1 bull for PPR and Net Merit.

54BS509 CADENCE- Is truly the most popular bull in the world from the USA!  Cadence continues to lead the way all around the world with his high fertility, balanced proof and most important proven results. Cadence is a bull for every breeder with show winners, sale toppers, high production daughters and the kind everyone that has wants more of!

54BS482 CARTER- though he stopped his 13 consecutive proof runs as #1 type he is now #2 Type at +1.3. He does lead the entire breed in All American nominations, banner winners and blue ribbons while winning his 2nd Premier Sire of the heifer show in 2019 at World Dairy Expo. If you show cattle and Carter isn't in your pedigree the quickest way to the top is put him in, It's That Simple!

54BS596 DIEGO is the new #1 G-Type bull in the breed and comes out at a historic +1.8 type! He is from the same family as Daredevil and is #5 for G-UDC at +1.80. Diego is a Dynamite son from and EX Glenn x EX Vigor x EX Premium x and All American. This pedigree is stacked with "EX" dams and he is your bull to make your next "EX" animal!

54BS595 TREK is one of new most popular bulls world-wide.  He combines Top 5 PPR, high production, high type and health traits that his family easily translates.  He is also available in Preferred Sex.

54BS593 LIGHTNING follows the pattern of top bulls that truly do everything. Lightning is in the top 10 for all major traits including milk, components, type, udders and longevity and most importantly a top 10 G-PPR bull.

54BS597 SANDSTORM is a new Genomic Gem that is from the #1 G-PPR cow in the breed and former #1 G-PPR heifer. This is a brand new cow family and bull mother with an outcross opportunity. Sandstorm is the first Silver son on the market and ranks near the top for G-PPR, Production and balances that with type and eye appeal.

54BS577 SILVER rocketed back up the charts on the strength of his high G-PPR. Silver daughters are being born all over the country and the comments from breeders are all the same they want more and really like how these are developing.

54BS558 DAREDEVIL the BULL OF THE SEASON!

"Bull of the Season!" is back! During each season of the year, we will feature a different bull that is leaving an impact. Check out the story on DAREDEVIL, on his breeders and how he came about. Also, we will be featuring the Bull of the Season on Facebook throughout the year. During the bulls’ specific season, please share your daughters by using the hashtag #bulloftheseason.

54BS509 CADENCE- Is truly the most popular bull in the world from the USA!  He ranks in the top 5 for Type, SCR (fertility), and Protein. Cadence continues to be the model of consistency at +1058 with 39 fat and 39 protein. His Type is +1.1 with a +0.88 Udder Composite. Cadence's influence can be seen as the top G-PPR bulls and G-PPR Heifers in the breed have CADENCE in their pedigrees.
54BS5588 DAREDEVIL graduates in the proven line-up as the number one TYPE proven bull tied with 54BS482 CARTER at +1.4. He has a chart topping +1.4 UDC. Making heifers long and stylish, he can now boast extremely high and wide rear udders with adequate seams, quality and texture.  He will add a large number of daughters in the coming months, and we expect him to emerge as a breed great.

CHAMPIONS COLLECTION 54BS539 RICHARD He is the #5 Proven Type bull tied at +1.0. His UDC is at +1.00 which is very evident as the first daughters are calving now the 2nd time and only improving with age. His milk is now a staggering +1268 along with +0.7 PL and +0.7 SCR (fertility).
54BS557 GET LUCKY- In visiting herds milking daughters, this is what we herd every time, they really milk!  And now, with 95 daughters, his milk proof backs it up!  After being the 1st Genomic bull over 2000 pounds of milk, he is now the 1st proven bull to do the same.  He is a staggering +2162 milk which easily places him #1 in the breed.  Daughters have a great blend of strength and dairyness and surprisingly youthful udders.

54BS482 CARTER- Remains the #1 proven Type bull and continues to add more daughters and holds at +1.4 Type with a +1.24 UDC. Carter is truly showing what his daughters can do as he is now +1226 milk! Carter is making show winners, sale toppers, high genomic females and big-time milk cows with high scores and honestly, we may have yet to see his best daughters fresh so be on the lookout!


54BS586 KADE NP remains the top POLLED bull for nearly all traits. Kade is a leader for health traits ranking at +2.4 DPR, is +3.6 PL, and +1.3 Livability. Kade is a component specialist at +36f and +.09% and +25p +.05% and is +0.7 Type. His outcross opportunity and polled gene make him the optimum choice for all your top animals.
54BS583 DOBOY continues to be a breed leader for type as tied for #2 G-type but unlike #1 you can have breed leading milk too! He is tied as the #2 G-Type bull at +1.5. He is a DAREDEVIL son out of VG-86 CADENCE daughter. Doboy will add production and components with +1086m, +43f, +38p and $323 NM$ and 137 G-PPR. Doboy will for sure be the sire you will want use in your herd.
CHAMPIONS COLLECTION UPDATE:
54BS581 RASTA is tied as the #3 G-Type bull at +1.4 and +1.56 UDC. Rasta is positive for milk and solid for health traits so not only is he fit to make the next show winner but they will make you money milking them too. Rasta is now available in Preferred Sex Semen and ready for your next All American!

We want to alert all breeders especially those in the USA that are registering calves from 54BS581 RASTA.
He was genomic tested with an 840# then when registered was given the reg# 68183194. 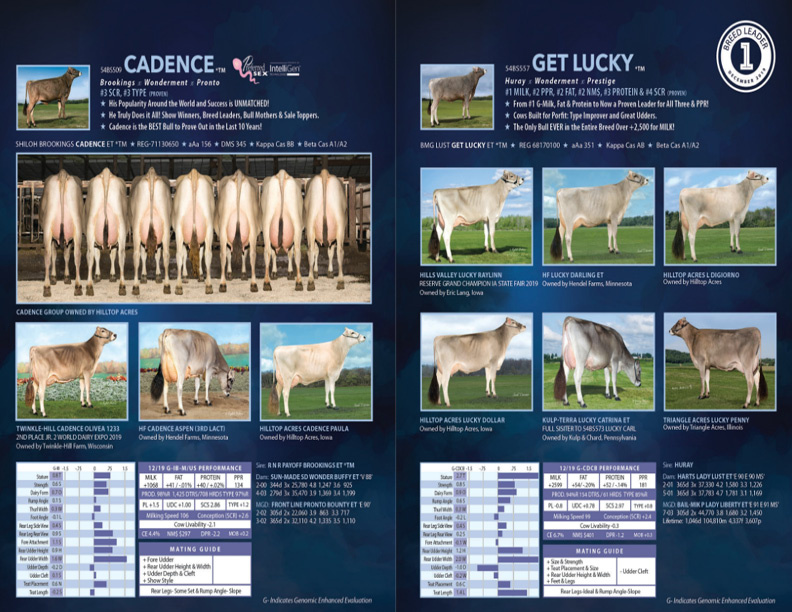