After a year of absence, World Dairy Expo returned to Madison, WI with force, producing the greatest number of entries in the Brown Swiss show since 2016. In addition to this, exhibitors delivered some of the greatest classes in history, with exceptional quality from top to bottom. 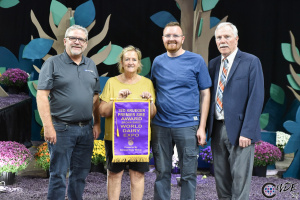 Following the August 2021 proofs, New Generation Genetics continues to offer the most diverse and elite offering of Brown Swiss sires. In our upcoming catalog, we will present two new and exciting young sires in our genomic lineup, along with a duo of distinguished proven line-up additions – 54BS577 SILVER AND 54BS574 PROSPER.

Following the release of the April 2021 genetic evaluations, bulls from New Generation Genetics proven and genomic bulls completely tore apart the competition in route to claiming the top spot for PPR, G-PPR, releasing the best POLLED bull ever, The leader of Type & All Americans and so much more! 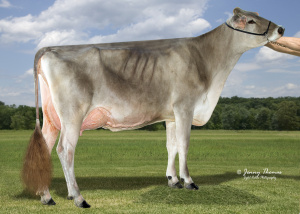 NGG Sires Dominted the USA All American Nominations in 2020

The 2020 All American Nominations are now out and NGG Sires stormed to the top of the list as ALL 3 of the highest daughter amounts were NGG sired!

In first for the 3rd consecutive year was none other then the BEST Show bull in the World 54BS482 Voelkers TD CARTER siring 10 nominations. If that isn't astounding enough to lead 3 years in a row it is also the 3rd year in a row he had double digit daughters nominated! Carter was lost 3 years ago so him semen is starting to get shorter in supply so don't wait to add him into your herd.

CONCEPTION FIRST will showcase our bulls that are outstanding in sire conception rate (SCR) AND daughter pregnancy rate (DPR) – the building blocks for dairy cattle fertility. This combination is brand new to the industry, as New Generation is the only A.I. company to factor future conception success into a personalized fertility formula through the inclusion of DPR. To be considered a “Conception First” sire a bull must be above the Brown Swiss breed’s average conception rate of 30% and above +0.0 DPR.

2020 began like any other year- with the eager anticipation of farm visits, shows, conventions, and other events that would bring Brown Swiss breeders together. In March the world threw a curveball, and at a time when little was certain, NGG remained committed to being your greatest source of Brown Swiss genetics. By May NGG employees and newly minted summer intern Sarah Lehner were back on the road. Every trip seemed to have a common theme – an abundance of incredible 54BS558 DAREDEVIL daughters in every corner of the country!

Watch the most recent episode of Let's Talk Cows or view a specific episode...the whole list is here!

54BS558 DAREDEVIL the BULL OF THE SEASON!

"Bull of the Season!" is back! During each season of the year, we will feature a different bull that is leaving an impact. Check out the story on DAREDEVIL, on his breeders and how he came about. Also, we will be featuring the Bull of the Season on Facebook throughout the year. During the bull's specific season, please share your daughters by using the hashtag #bulloftheseason.